What about issues of free speech?

The First Amendment protects various freedoms, including freedom of speech, assembly, petition, religion and press. The speech protections apply to written and spoken words as well as expressive conduct (i.e., actions that do not involve written or spoken words but do contain a message, such as art or gestures). The First Amendment does not prohibit any speech, but there are some types of speech for which there is no, or very limited, First Amendment protection. These include: (1) speech that promotes and incites actual, immediate and imminent violence and harm; (2) “fighting words” (i.e.,words directed to a person that are so abusive that they tend to incite an immediate physical retaliation); (3) true threats (i.e., when a reasonable person would view the speech as a serious intent to harm and there is the prospect of immediate action); (4) defamation (i.e., libel and slander); (5) obscenity; (6) severe, pervasive and objectively offensive harassment that deprives the individual of equal access to resources; (7) false advertising; and (8) use of public resources for partisan politics. But these exceptions are interpreted very narrowly; most speech will still be considered protected under the First Amendment.

How will this reporting system deal with hate speech?

No legal definition of “hate speech” exists, and the courts have made it clear that no one has a constitutional right to not be offended by speech. For this reason, what is commonly known as hate speech is as fully protected on campus as is any other form of protected speech. People, including those in the SDSU community, are as free to condemn any category of individual – whether on the basis of race, religion, national origin, ethnicity, sexual orientation, citizenship status, political party, ideology, hair style or taste in music. Because this applies only to speech and expressive conduct, the First Amendment does not protect an individual’s conduct simply because that conduct is motivated by the person’s beliefs.  For example, hate crimes are regulated under both state and federal law.

This does not mean that you should not communicate incidents of hate speech to the Team so that these non-inclusive actions can be addressed through educational and other processes.  How much one values the First Amendment is tested most severely when the person who is speaking is saying things that we find offensive or hateful, or that we disagree with. Yet that speech is also protected because when the government has the right to suppress certain ideas, everyone is subject to censorship.  The better way to respond to hateful or offensive speech is to encourage more speech that exposes the offensive speech for what it is. In one famous US Supreme Court case, Justice Brandeis wrote, “If there be time to expose through discussion the falsehoods and fallacies, to avert the evil by the processes of education, the remedy to be applied is more speech, not enforced silence.”  The ACLU agrees, and states on its website that “where racist, sexist and homophobic speech is concerned, the ACLU believes that more speech – not less – is the best revenge. This is particularly true at universities, where the mission is to facilitate learning through open debate and study, and to enlighten.” SDSU is strongly committed to that educational imperative, and to working with its faculty, staff and students to find positive, constructive, affirming and progressive ways to build a robust and inclusive climate for all members of the campus community.

What is the process for addressing submissions to Inclusive SDSU?

Any member of the SDSU community (e.g., student, faculty, staff, administrators, community member) may make a submission to Inclusive SDSU. For many incidents, there are already avenues for formal reporting, and if the submission suggests that one of those processes should be involved, then the submission will be forwarded back to the sender with information on how to submit to the appropriate office, which may include Academic Labor Relations, Center for Student Rights and Responsibilities, Office of Employee Relations and Compliance, or the University Police Department.

The Inclusive SDSU Communication Team will review submissions primarily to assess campus climate issues and patterns of activity, and will report on such matters to the Division of Diversity and Innovation and the Division of Student Affairs.

The Team may also recommend additional action or refer the Report to another office on campus for further processing.

Examples of actions the Team may take include:

Why should I submit positive incidences of diversity and inclusion?

As a community that is committed to diversity and inclusion, we would like to celebrate and acknowledge areas where our campus is showing strengths and/or positive progress. Highlighting inclusive acts supporting our diverse campus is also a way to support community development and foster the values of the institution. Programs like the Professional Studies and Fine Arts “Be Civil” campaign reinforce acts of kindness and serve as a way to promote an inclusive community. In the same way, reporting positive acts of inclusive diversity provide us an opportunity to share our community successes in social media posts and serve as possible recognition through awards and recognition.

Why should I communicate about negative incidents?

SDSU is committed to cultivating a campus climate that promotes human dignity, civility and mutual appreciation for the uniqueness of each member of our campus. In support of our educational mission, the campus supports the free expression of ideas, but encourages the campus community to express those ideas in a way that does not promote hate or bias toward any other member of the campus community while still respecting free expression. Reporting incidents that erode inclusion will help the campus identify concerns and patterns, address problems and disputes, develop appropriate educational responses, and otherwise foster an environment of inclusion for all students, faculty, staff, administrators, and community members. While not every report of a negative incident will result in institutional response, each submission will be reviewed and considered within the framework of developing a more inclusive campus environment.

Are the members of the Inclusive SDSU Team qualified to review and address these types of submissions?

The Team is made up of subject matter experts in an array of areas and team members receive training on relevant topics including diversity and inclusion, freedom of speech, university policies and procedures relating to unlawful discrimination, harassment and retaliation and issues relating to the privacy and confidentiality of reports. Team members will maintain confidentiality of individuals involved, unless approved by the parties involved (such as in the case of a positive report) or where there are legal requirements that must be fulfilled.

How are reports of unlawful discrimination, harassment and retaliation handled?

Complaints of unlawful discrimination, harassment and retaliation are addressed pursuant to Executive Orders 1096 and 1097. For questions regarding this process, please contact the Office of Employee Relations and Compliance at 1-619-594-6464. 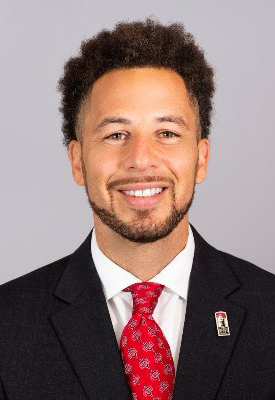