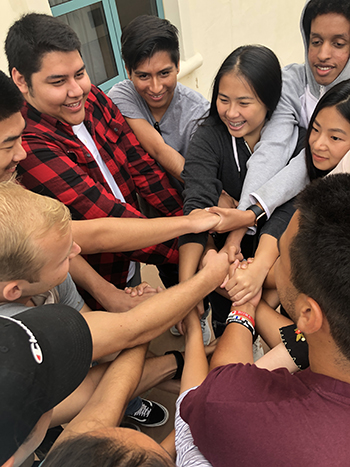 The Center for Educational Partnerships, Outreach and Success (CEPOS) formerly known as the Compact for Success and Collaborative Programs Department is home to a growing number of programs and initiatives focused on both the outreach and student success goals of the Division of Student Affairs and Campus Diversity as well as the strategic goals of the University. The Department began as the home for the Compact for Success and Price Community Scholars Programs and has since grown to include strategic collaborations like Students With Academic Goals (SWAG) and Parent Institute For Quality Education (PIQE). The newest additions to the Center include the Compact Scholars Program and Early Assessment Program.

History of the Compact For Success

Ed Brand, Superintendent of the Sweetwater Union High School District (SUHSD), and former SDSU President Stephen L. Weber met to chart a course that would bring these two educational institutions together to create Compact for Success. Its goal: to increase the number of Sweetwater students attending, and graduating from, SDSU.

The Compact for Success was officially launched in 2000 when the first group of 7th-grade students enrolled in the program. In fall 2006, 203 of these students began their freshman year at SDSU.

Gonzalo Rojas, former director of SDSU’s Student Outreach Services, jumped at the chance to serve as the Compact for Success Program’s first director.

“We did some internal reviews and we discovered that, at the time, the Sweetwater district sent very few students to SDSU, in spite of its large size and proximity to campus,” said Rojas. “The district was also unhappy with its graduation rates and the lack of a college-bound culture, so they were eager to approach President Weber, asking for assistance on how we could work as partners to help turn things around.”

Ed Brand, SUHSD superintendent at the time, had met former President Weber shortly after Weber began his tenure at SDSU in 1996. Brand said he remembers local media chastising the university for accepting more non-local students at the time, and that Weber was receptive to ideas to change that scenario. They enthusiastically agreed to a joint collaboration that could make a difference. “Steve Weber never said ‘no’ to us, and he was receptive to making some concrete changes to help our children achieve the dreams of a college education and improve their quality of life,” said Brand. “I credit him and his staff, as well as the staff of SUHSD, for working together to make this happen.”

According to Brand, the Compact for Success is more than just another program, but has become a way of life for the young people in his district.

“Having the carrot of guaranteed admission to SDSU once our students fulfilled their requirements was the game changer,” said Brand. “It was the incentive that caused many students to realize they could have opportunities that no one in their family had had. Steve and I were in a unique place at the right time and were able to execute this very well. It was the first of its kind and has been nationally recognized. We are seeing other programs implemented that mirror the Compact for Success.”

To date, over 6000 SUHSD graduates have been admitted to SDSU with a guaranteed admission.

In 2012, funded by a four-year grant from Price Philanthropies, the Price Community Scholars Program began with its first cohort of scholars from City Heights. The Program facilitates the recruitment and support of fifteen (per cohort) high-achieving San Diego State University (SDSU) students from City Heights (primarily from Hoover and Crawford High Schools) with a scholarship of up to $7500. The program requires a four-year commitment and new cohorts are recruited every two years. The Scholarship Committee selects prospective high achieving SDSU students to each mentor three City Heights middle school students from 7th grade through 10th grade. Mentees are selected from the top 20% of their class at Monroe Clark or Wilson middle schools. To date, the program has served over 75 Price Scholars and over 225 middle and high students in City Heights Schools. This initiative provides programs for both mentor and mentee that assist in building a community that enhances their path to higher education through academic success, self-awareness, cross-cultural exchange, and civic participation. Mentors meet with their mentees each week after school in one-on-one meetings and provide supplemental instruction and information to support their pathway to college. 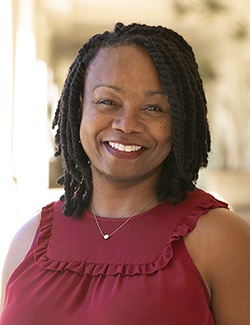