EOP has eight professional counselors who are committed to the academic success of students. Counselors provide academic, career and personal counseling as well as facilitate academic success , probationary and personal development workshops . Counselors are also involved in the SOAR mentoring program, transitional programs, and services for student-parents including those involved in CalWORKs.

Have questions for EOP or want to set up an appointment with your counselor? Visit our EOP Virtual Front Desk!

Adam Adams is a Counselor for the Office of Educational Opportunity Program (EOP) at San Diego State University. Previously, Adam worked for the College of Lake County in Grayslake, Illinois as a Counselor where he assisted students as they worked towards their personal, educational, and career goals. He has over 5 years of experience in various areas of higher education including educational planning, career counseling, personal counseling, transfer planning, classroom instruction, program development, and outreach. Adam is a first generation college student with a passion for education and a background in communications and counseling. Adam received both a B.A. in Communication Studies and B.S. in Psychology from Iowa State University. He obtained an M.S. in Counseling: and Community Counseling, Oklahoma State University. Adam is dedicated to supporting EOP students while on their journey to achieving their goals. 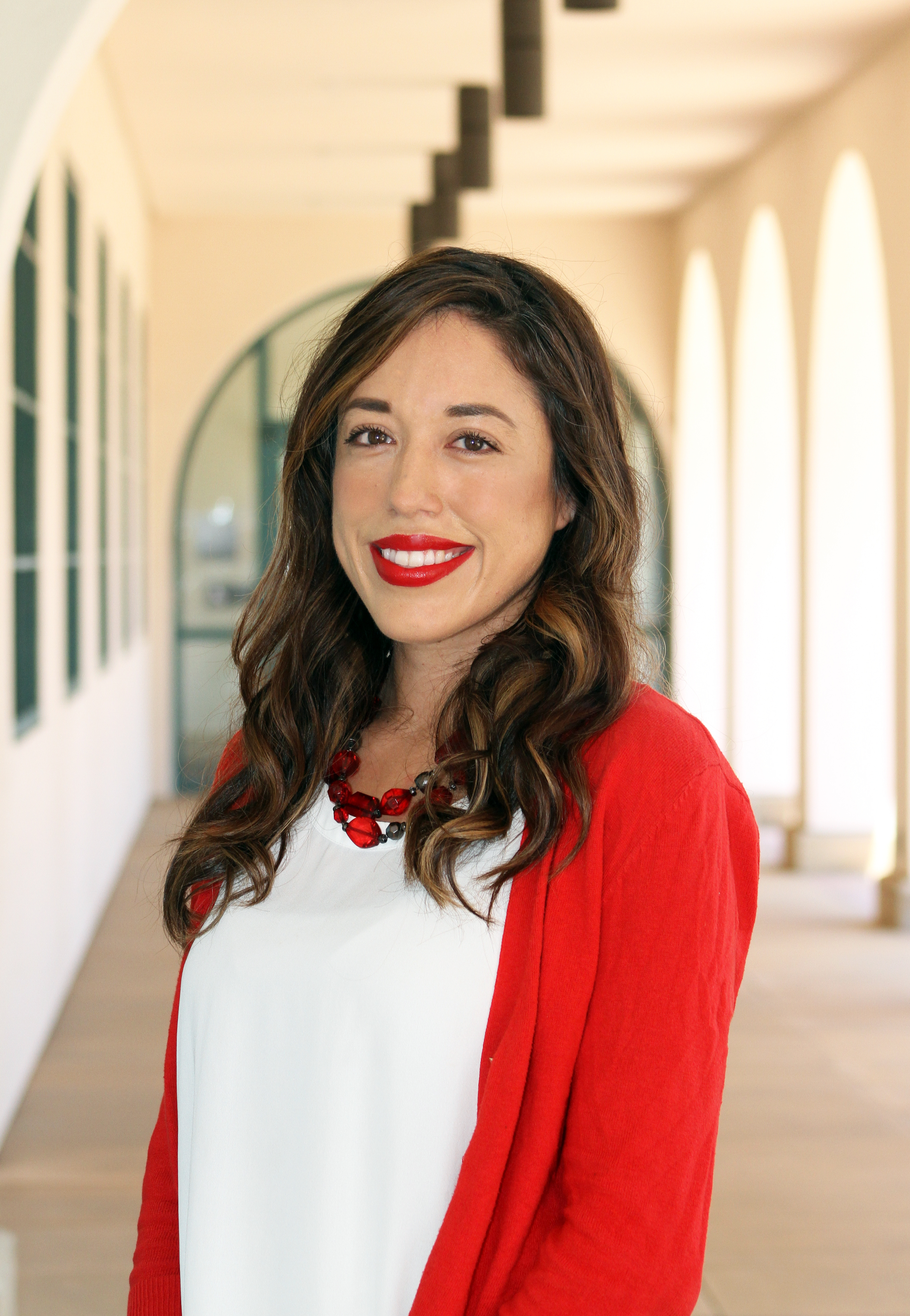 Mercedes Albarran is a Counselor for the Educational Opportunity Program (EOP) at San Diego State University (SDSU) as of July 2018. She has a passion for supporting and serving first-generation, low-income, and underserved students. Mercedes previously served as the Academic Advisor for Compact Scholars and Academic Student Success Programs in the Division of Academic Engagement and Student Achievement, where she advised both Compact Scholars and commuter students. Mercedes received her B.S.

Mercedes has experience working as a professional advocate for student success with diverse students in various educational settings including early childhood education, the K-12 sector, and in higher education. Prior to joining SDSU in 2015, Mercedes served as an Academic Advisor for the NewSchool of Architecture and Design in San Diego. She is also an alumna of San Diego State University and holds a Bachelor of Science degree in Child and Family Development from San Diego State University and a Master of Science degree in Educational Counseling with a Pupil Personnel Services (PPS) Credential from the University of La Verne.

Mercedes works with students holistically and is dedicated to providing guidance and support to students in reaching their educational and career goals here at SDSU. 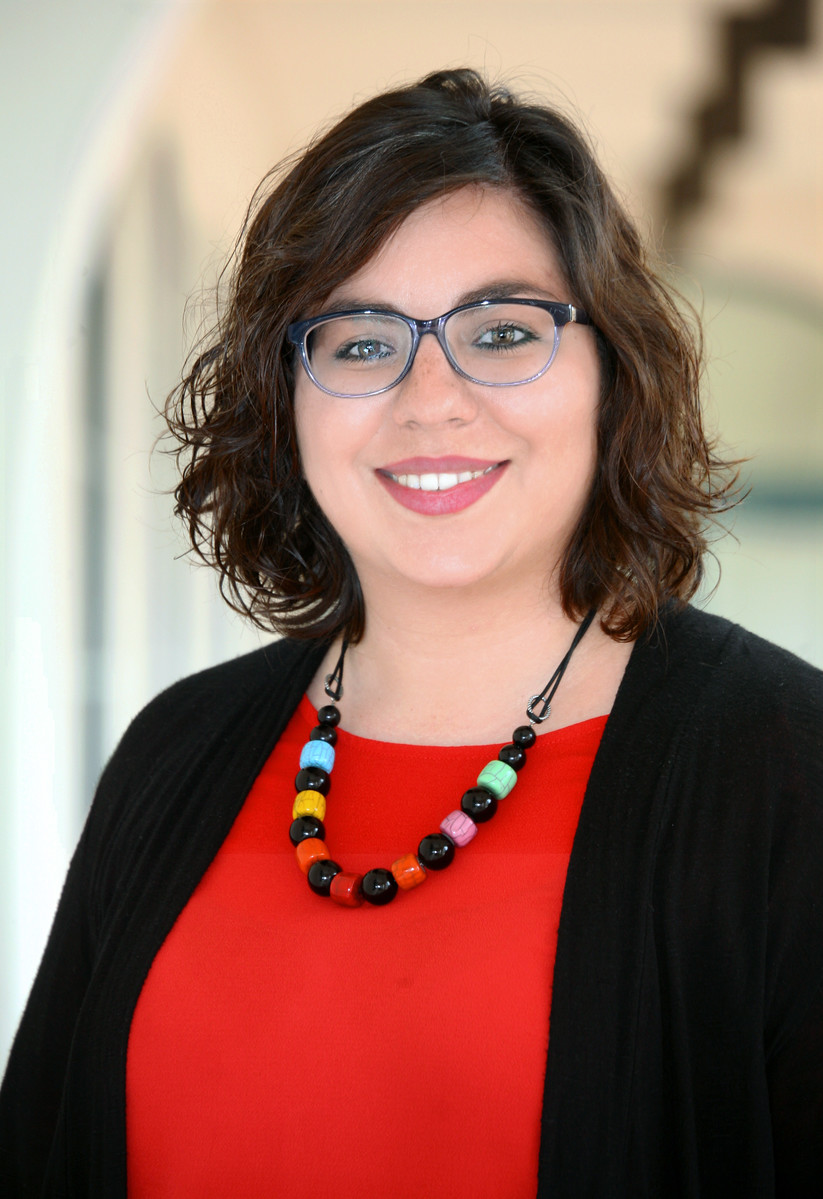 Michelle Cadena is a counselor for the Educational Opportunity Program. Previously, Michelle worked for the Pullias Center for Higher Education at the University of Southern California, coordinating the Increasing Access via Mentoring (I AM) and SummerTIME (Tools, Information, Motivation, Education) programs. Both programs supported and mentored first generation high school seniors on the college and financial aid application process as well as provided them with resources through summer classes, on college level writing and college knowledge, to support them with their transition from high school to college.

Michelle is an alumna from SDSU, having received her B.A. in Psychology and her M.A. in Education with an emphasis in Multicultural Counseling from the CBB program. During her studies in the program she began working with TRIO as a counselor intern, and later on as an academic advisor for the SDSU Talent Search Program. During this time she also worked in the CBB program as a Practicum Supervisor for two years. 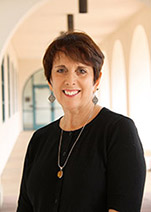 Victoria started her career in higher education at a small private university in San Diego, as part of the start-up team for an Upward Bound Program that served San Diego High School students. She went on to counsel students in the Educational Opportunity Program at California State University, Fullerton, where she also advised first year remedial students in the Intensive Learning Experience Program. She spent her last year at CSUF as the Graduation Specialist for the College of the Arts. Victoria obtained a B.A. in Human Development, Azusa Pacific University and an M.A. in Educational Counseling, Azusa Pacific University.

Victoria joined San Diego State University’s EOP in summer of 2017. Her experiences as a transfer, re-entry, and first generation student drives her passion for assisting EOP students to reach their goals.

Born in San Diego, California and fourth child of five from Mexican parents and heritage. Obtained an Associate’s degree from San Diego Mesa College and immediately afterwards acquired a Bachelor’s degree in Business Administration from San Diego State University. Previous employment experiences vary from computer sales, automotive technician, and college counselor for UCSD/GEAR-UP. Currently employed at San Diego State University under the Office of Financial Aid & Scholarships and working on a Master’s degree in Educational Leadership: Post-Secondary Student Affairs. I consider myself as a down to earth, easy going individual. I enjoy traveling, Mexican food, and family time. Please stop by and say hello, I’m eager to get to know our SDSU EOP students! Go Aztecs! 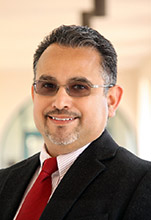 Robert Guzmán is currently a counselor for the Educational Opportunity Program at San Diego State University and a lecturer for the Center for Latin American Studies, SDSU, where he teaches the History of Mexico and two film studies courses (one of which is on-line) on Latin America. From 2006 to 2016, Mr. Guzmán was the EOP tutoring supervisor where he managed tutorial support to over 3,000 EOP students. Mr. Guzmán has over twenty-five years of experience working in higher education with expertise in Financial Aid, Admissions, and Outreach to local communities, and Internship development. He has received numerous institutional grants to expand the services at SDSU’s EOP tutorial center as well as with the creation of outreach support services for historically marginalized students. Mr. Guzmán currently supervises the EOP Transfer Bridge Program, a transition program designed to help first year transfer students to become connected with the University. He also advises two student organizations: The EOP Student Advisory Board (ESAB) and the EOP Student Parent Association. Mr. Guzmán received his B.B.A at the University of North Texas in 1991, his M.A. in History at the University of North Texas in 2002 and will receive his Ed.D. in Higher Education Administration at San Diego State University in 2017. He has received numerous awards for his commitment to student excellence: The Presidential Staff Excellence Award (Tutorial Center) in 2010 and the Most Influential Faculty Award in 2013 and 2016. 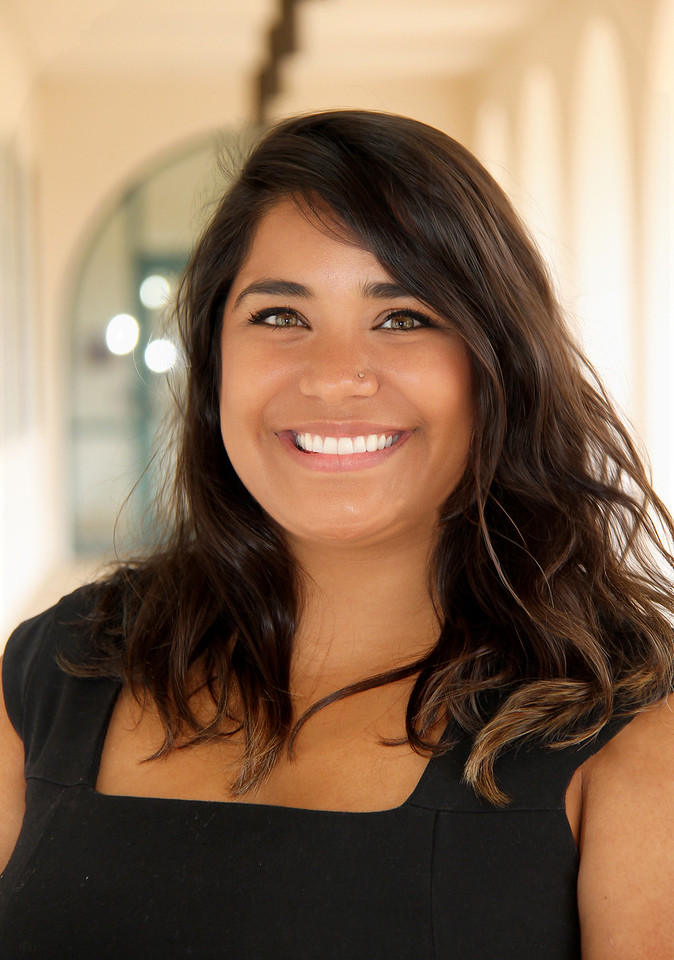 Melisa Lopez is a Counselor for the Office of Educational Opportunity Program. Melisa has over eight years of higher education experience and is an EOP alum. She is the staff advisor for Lambda Sigma Gamma Sorority, Inc., and the National Society of Leadership and Success (NSLS) at SDSU. In addition, she serves as a mentor under the Provost Undergraduate Mentoring Program (PUMP). Melisa has a passion for supporting and serving first-generation, low-income, and underserved students. She’s dedicated to supporting students holistically on their academic, professional, and personal journey. 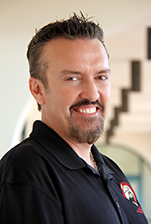 Mr. Oliveira has been a counselor with EOP since 2015, previously serving as a Graduate Assistant for the EOP Guardian Scholars Program. He currently serves as the staff adviser for the Guardian Scholars Student Advisory Board (GSSAB). He was a Science and Physical Education teacher for the Sweetwater Union High School District in Chula Vista, CA for five years. Prior to his brief teaching career, Mr. Oliveira served as the Assistant Coordinator for Fraternity and Sorority Life at SDSU for six years before moving on to serve as Coordinator for Fraternity and Sorority Life at San Jose State University for two years.

Mr. Oliveira has a B.A., Kinesiology, San Diego State University and an M.A., Postsecondary Educational Leadership with emphasis in Student Affairs, SDSU California Single Subject Teaching Credential, San Diego State University. He was actively involved at SDSU as a student leader in Nu Alpha Kappa Fraternity, Inc. and was a co-founder of the United Sorority and Fraternity Council (USFC). He served as the inaugural President of the USFC and later became the staff adviser for this council for culturally-based Greek Letter Organizations as well as staff adviser for the National Pan-Hellenic Council (NPHC) for historically African-American Greek Letter Organizations. He takes pride in the development of the USFC as a model for several CSU campuses to empower culturally-based fraternities and sororities and as a catalyst for equity and inclusion of campus Greek communities across California and beyond.

He has continued to be actively involved in Nu Alpha Kappa since his undergraduate years. He was a National President of the organization and continues to serve as a co-founder and Board member of the NAK ALAS (Alumni Association) in San Diego. He now serves as the staff adviser for the NAK SDSU chapter. His attributes much of his personal and professional growth to his involvement as an undergraduate student at SDSU.

As a first generation college student from an immigrant family, he has developed a passion for the empowerment of underrepresented students like himself. He has worked with students of diverse cultural, ethnic, and socioeconomic backgrounds throughout his career and enjoys the daily opportunity to pay it forward as an EOP Counselor. Mr. Oliveira is committed to student success by supporting students' academic and personal growth towards the development of their full potential. 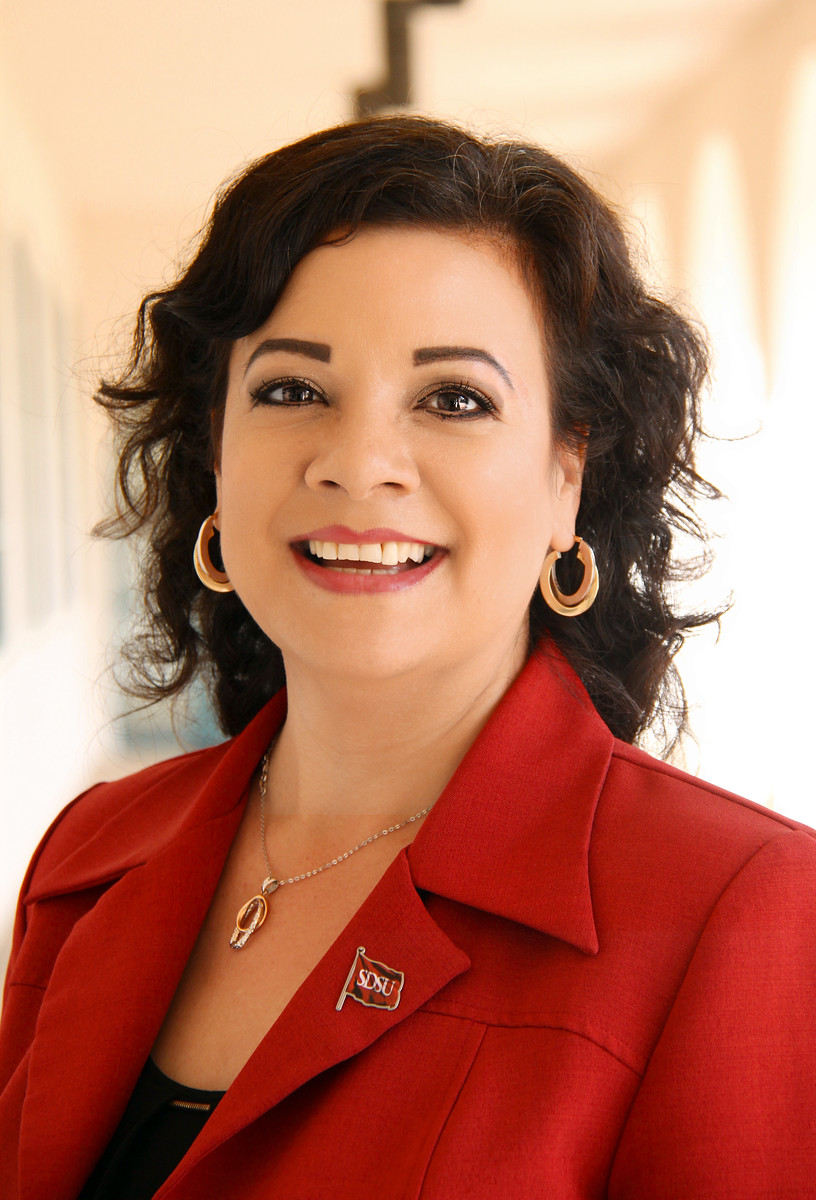